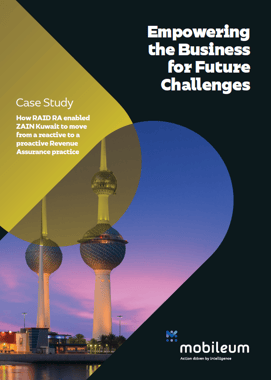 ZAIN Kuwait has been growing sustainably since 2014.
However, the company has been facing some difficulties in responding and coping with the changes caused by this rapid growth. The turnaround time for
new revenue streams, such as LTE transactional information, was taking between three and five months and the company was not monitoring transactions
until two or more days after they actually occurred. In addition, limited coverage and automation meant a lack of prepaid charging or value added Services
(VAS) coverage.